An outline history follows of the evolution of trials and rallies through the Historic era  in NSW from after the 2nd World War to the end of the Southern Cross Rallies in 1980. There are a million stories about the events and people that were involved and we will find space to fit as many of these into the website as people care to send us to enlarge on the basic history.

Many famous Australian car trials and rallies were NSW events.

NSW led the way in trials in the 1940s and 1950s and it was our car clubs and the people  in them and the competitors of the day, which gave us our fine rally heritage. Car trials were what clubs could do easily within the laws of the day and they attracted hundreds of new members during the late 50s, wanting to get a taste of the adventure that the Redex Trials had generated.

The Redex Trials (1953, 1954 and 1955) were run by the Australian Sporting Car Club of Sydney, and launched an era that put trials on the front page for the public and started the motorsport we have today.  NSW took 5 of the 9 podium positions from the three Redex Trials

Drivers and crews came from all walks of life and found ways to get cars through roads that were no more than goat tracks to distant parts of the continent.

Only poor road maps were available for most of Australia, so people who could read a map and find their way across the country were in high demand.

The cars used were just the ordinary cars of the day with only a sump guard for underbody protection and some extra driving lights added. 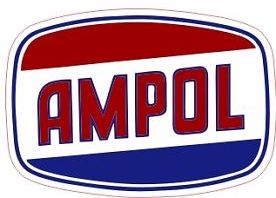 The Ampol Trials that followed on in 1956, 57 and 58 were also NSW based events again run by ASCC and these events (eventually totalling 6) were the hub of the post war “adventurous” era of the sport and the competitors in these events became household names to the public of Australia.

It was the 1956 and 57 Ampol Trials that led to the trials clubs of NSW leaving CAMS and forming a separate body, Council of Combined Car Clubs.  This was quite a bitter dispute with CAMS and was not resolved until late 1957. Upon the return of the trial clubs to CAMS, the first Rally Advisory Panel in Australia was formed in NSW in 1958 and first rally code followed soon afterwards.

In 1960 NSW conducted the first State Drivers and Navigators Trials Championship in Australia. The events that made up the series in 1960 were run by the Goulburn Auto Club (Goulburn 600), Canberra Sporting Car Club, Australian Sporting Car Club (Antill Trial and Southern Mountains Trial 1000miles) All events were run at night, normally about midday to midday and covering about 500 miles unless run over a long weekend.

The ASCC ran the first Southern Mountains Trial on the June long weekend in 1960 as a 1,500 mile event. They continued, with not quite that distance, until the Southern Cross Rallies started and were link from the Redex / Ampols to the Cross.

As maps became better around the urban areas the trials at club level became more and more dependent on navigation and directors started to use more and more tricks to provide good competition at this level. Because of poorer maps in the areas used by the open /championship events the “tricks” weren’t needed and became unwanted as manufacturer interest was attracted.

This was a long way before anyone else in Australia thought of adopting this concept.

Manufacturer support was easier to acquire with only the driver, the car and the road to contend with. This was soon to become the norm for almost all events outside club level.

During the 1960s the car clubs grew and grew and more and more road events were conducted. Castrol promoted the Castrol Safety Drive with the help of the Sun newspaper.. This comprised participation by entrants from the public in standardised car club events with an eventual state winner.  The youth of the state accepted the idea and flocked to the event. The clubs of the state that participated in running rounds of the ‘Drive’ gained a lot of identification and increased their memberships skyrocketed.

By mid 60s NSW had a massive number of car clubs which would start to strain relations if every club wanted to run their own trials on the public roads. A “Group” system was introduced in NSW, primarily for Sydney and Newcastle whereby all clubs in the group could participate in trials run in the “group” in an endeavour to minimise the numbers of events needed on the public roads. The previous rules limiting the number of invited clubs to an event was relaxed enabling support to be given to smaller clubs and also to encourage those smaller clubs to participate in the higher grade events.

Unfortunately the population of NSW was increasing in a post war surge and car trials started to attract the attention of Councils, the Shires Association and then the Police. This came to a head in late 1968 with the Police threatening to close down all car trials.

1969 The year we negotiated with the Police.

All car trials in NSW were suspended in 1969 and an agreement was negotiated with the Shires Association. This satisfied the Police and things returned to a workable level for a number of years at least.

The suspension in 1969 was not well received by all and ill feeling existed for years to come within the sport.

The Southern Cross Rallies started in 1966. The ASCC were still at the forefront of NSW events. They were still regularly running 500 mile/one night events so the format was easy. Four events merged into one over four nights with parc ferme between each night and only controlled servicing would introduce an exciting new long distance challenge surpassing anything else seen in Australia.

But this was far more than an ASCC event. It was NSW’s own event and was supported by every rally club in NSW.

Australia accepted to event and it immediately became the premier event in Australia because of its format.

The sections in the early years of the Cross were mostly route charted but by todays standard a fairly primitive route chart. The interstate competitors loved the idea and flocked to the event. A “drivers” rally was so different from anything they had at home and especially different from the only international event which was run in Victoria at the time that was heavily navigation based.

One can see the transformation in rallies during the period of the Southern Cross Rallies (1966 to 1980) merely by looking at the Supplementary Regs, Road Books and result sheets. The Route Instructions moved from an old format to a Road Book with full route chart, tulips, intermediate mileages and full spacing  of instructions which would be quite readable by the co-driver of 2014. The event also started to break down the CAMS issue of whole minute timing introducing ¼ minute timing in the competitive sections.

Canberra’s Don Capasco Rally in 1974 was ground breaking for the sport. It introduced what was needed for rallying, closed roads. This heralded in the modern era for the sport and introduced “elapsed time” to Australia.

It was renamed the Castrol Rally and ran for many years and led Australia into the “closed forest rally” of the modern era.

All rallies to date were “blind” rallies although pace notes had been talked about when international drivers competed here and competitors were starting to know about them. The author used them in a couple of sections in the 1971 Heatway Rally in New Zealand when competing with Andrew Cowan in a Mini Cooper S for NZ/BMC..

The end of the Southern Cross Rallies in 1980 heralded in the start of ‘closed road sections’ for all serious NSW events and the start of the modern era.

For some details continuing into that era see the rest of this history at nswrallyheritage.com