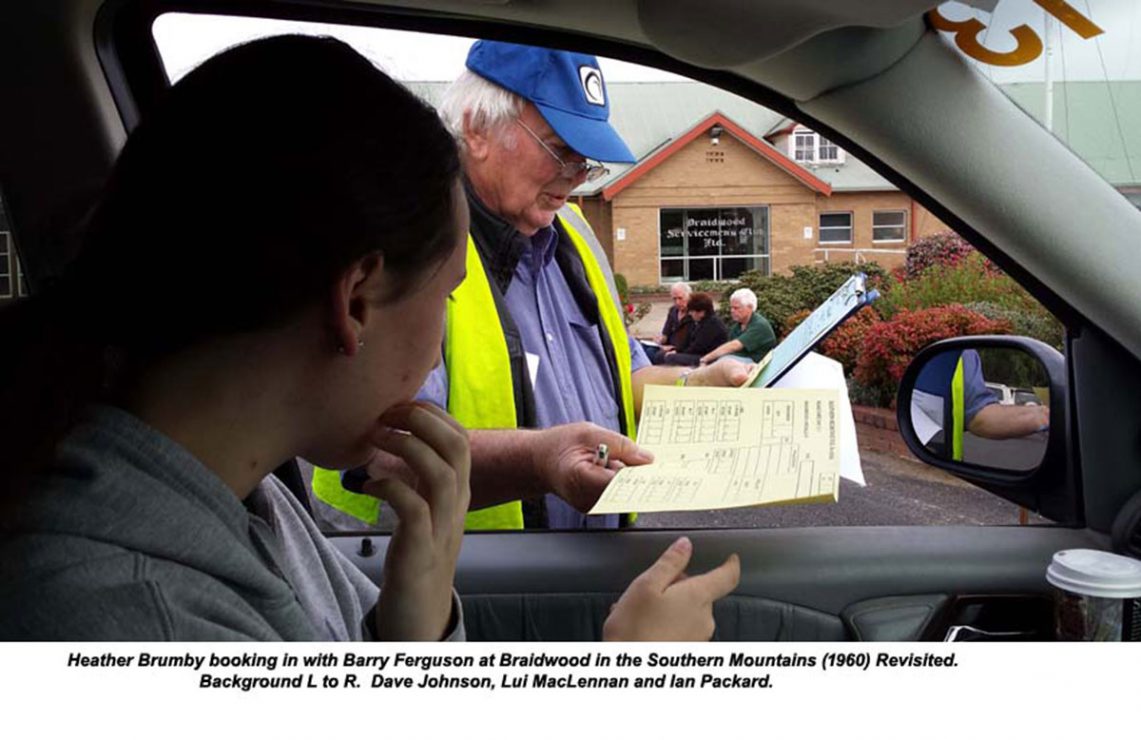 When Dave asked me to write some notes about the Club’s first two rallies, I readily agreed. After all, we (Helen and I) had been officials on both. As I sit down to write, however, I’m finding much of the Southern Mountains event is fading in the far recesses of my memory bank.

What I do remember is zooming around the countryside on the first morning, getting VRCs up before the field arrived. Then repeating much of the earlier route to remove said boards. While we deliberately delayed bringing the boards in, we still started too early for some competitors as the rally had taken longer than expected to get through Hampton. Note for the future: if we had set up a manned passage at the end of the stage (instead of filling in time in Bathurst) we would have known exactly when to drive the route in reverse and collect the boards.

Later, a wonderful trip to Braidwood saw us overnight at a lovely old B&B, followed by an early start to set up a control in the Bodalla State Forest. Memories here included the sound of the first car – Mike Batten’s Dato – reverberating through the forest from kilometres away. The sheer pace of the 450SLC Benz as it approached our control was something to behold, and who could forget the dust bath created by Gerry Crown (who appears to have lost none of his competitive spirit) as he locked up everything on arrival.

Like I say, it’s been a long time. But I couldn’t help thinking what an ambitious weekend it was for a first event for the new club. If smiles on competitors’ faces are anything to go by, it was a major success – particularly for the Victorian contingent if my memory serves me well. 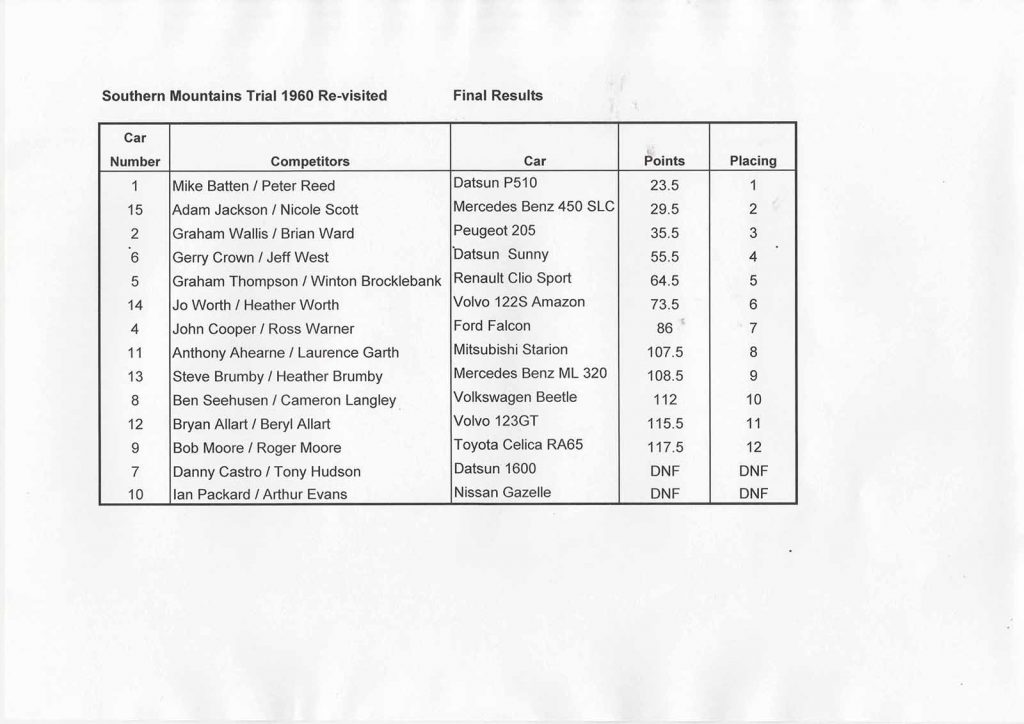 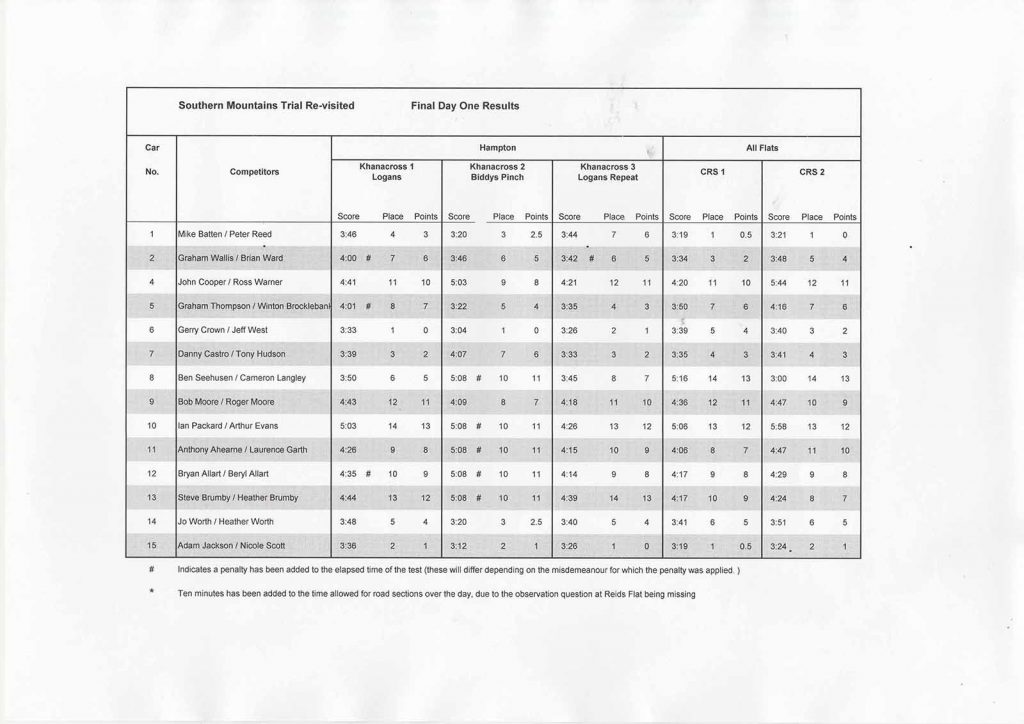 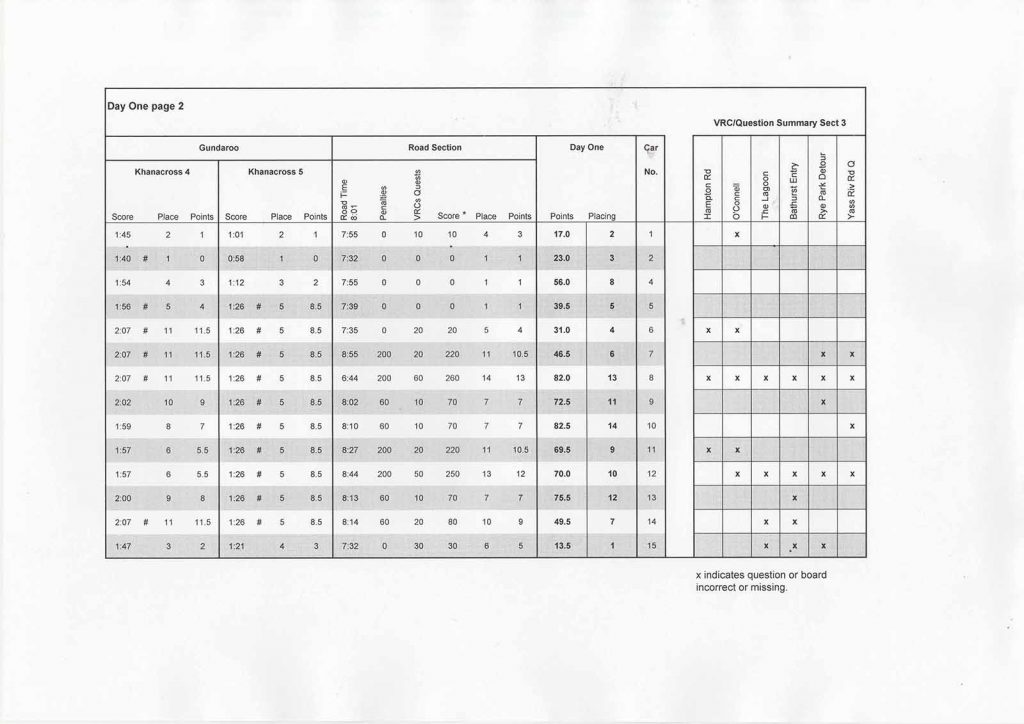 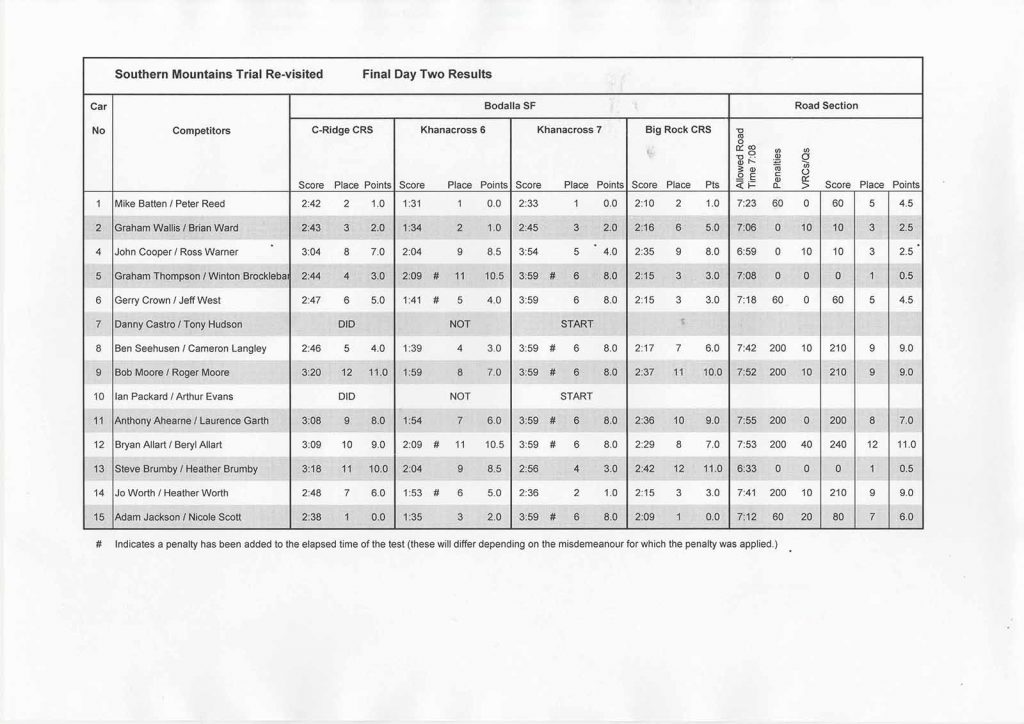 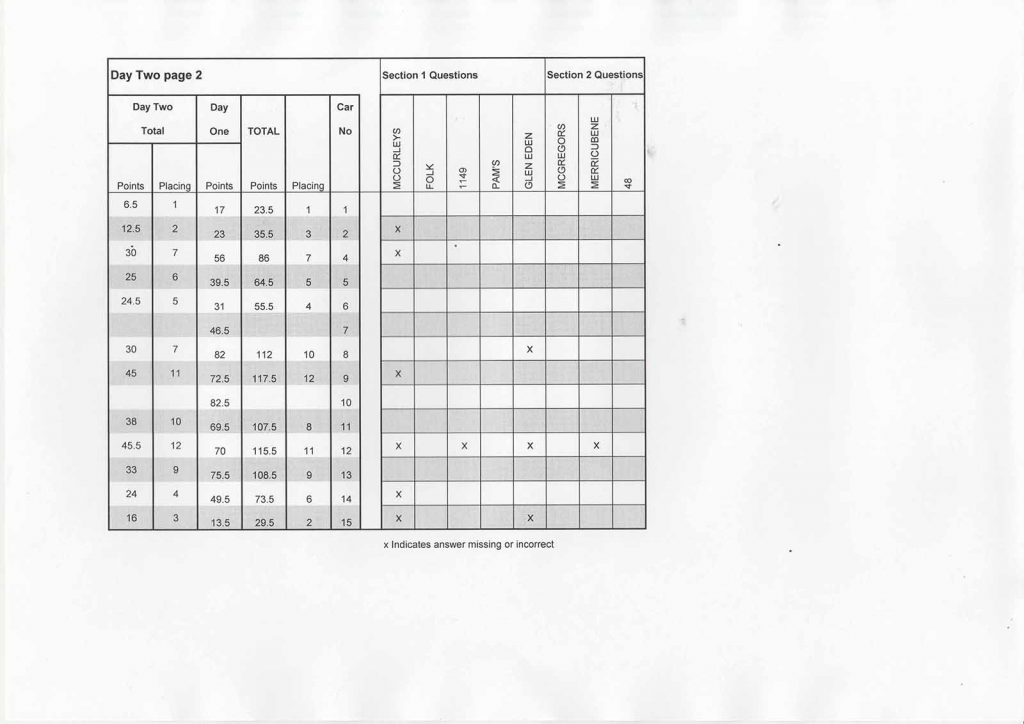